On this morning 45 years ago—Monday, 30 September 1974—my role was not that of a youth pastor, a musician, or author, but rather that of a coach in a labor and delivery room at Crittenton Hospital in Rochester, Michigan. That may be over-speak or exaggeration, since I hadn’t achieved a very high batting average in getting my wife, unborn son, and me to the hospital that morning!

Strike one was called after my wife’s water broken and I put towels on the leather seat of my 1973 Corvette to transport her to Rochester from Washington Township! Although I tried to make the trip in record time that morning, that also was a bad idea, especially when we went airborne on Dequindre Road over this little hump in the road that only the old-timers will remember! That was strike two!

Strike three came without warning during “transition.” As the almost-second-time mother concentrated on her “focal point,” I dutifully counted out the rhythm for breathing, tapping gently on her arm. Suddenly, in a loud—very loud—voice that I’d never heard before came the demand, “QUIT HITTING ME!!!)

Nurses came running into room. My feeble attempt to explain that I was merely tapping out the rhythm on her forearm was met with a somewhat-understanding, “Sir, would you please wait outside?” In a daze, I wandered into the corridor mumbling to myself, “ … but I was only tapping her arm trying to help her breath … like they taught us in Lamaze classes!”

It wasn’t long until I returned to the birthing suite and we became second-time parents—this time to our first son, Justin Dale Peterson (JDP2)! Even though there was that moment during transition, we quickly became happy parents. However, with the births of three subsequent children, I never tapped out a breathing pattern again! 😊

Forty-five years later as I sit here on the deck reminiscing about the day of Justin’s birth, that day is obscured in my mind by “tomorrow”—a tomorrow 32 years later, that has its roots in Sunday, 01 October 2006. 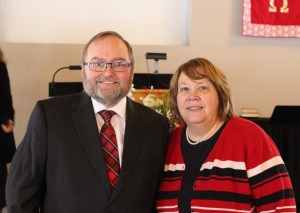 That Sunday morning, I was dressing for an all-day speaking engagement in Sparta, Illinois for my friends Bill and Phylis Herald at First Baptist Church of Sparta. The quietness of my room and thoughts were interrupted by a phone call. With two sons deployed in Iraq with the United States Marine Corps, I answered quickly, and heard the familiar voice of my youngest son, Joshua Daniel Peterson (JDP4).

“Don’t talk, Dad—just listen!” Joshua began. “I’m not supposed to be on the sat phone (satellite phone).” He continued, “I need you to pray, Dad, because we’re going on our first mission today, and we’ve already had a Marine fall somewhere in Anbar Province this morning. I love you, Dad. Bye!” 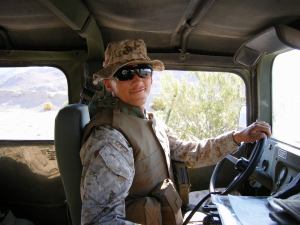 With barely enough time to say, “I love you, too, Bud,” our connection was lost, and I stopped and prayed. After praying, I finished dressing, drove to the church and spoke three times throughout the day.

As Bill, Phylis, and I were awaiting our food to arrive at our table in the small restaurant that evening, I received another phone call. Caller ID showed that it was my daughter-in-law Patty—Justin’s wife, who was living in Clarkston, Michigan. Excusing myself from the table while indicating that I needed to take this call, I answered that old Motorola flip phone. 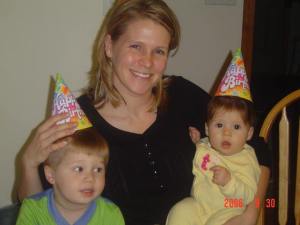 “Dad, where are you?” came the reply from this young mother of two. After hearing that I was in Sparta, Illinois, Patty continued, “Are you alone? Are you driving?” Her words are forever etched into my mind.

“Dad, LtCol Hermann just left the house. Dad, this is going to be a memorable night for you. Justin was killed this morning in Iraq.” The remainder of our conversation is but a blur in the recesses of my mind to this day. Only parents who have lost a child will understand that. Though others may endeavor to imagine, trying to imagine holds little resemblance to the real thing, I assure you.

Perhaps it’s somewhat similar to me, as a father, trying to understand fully the thoughts and feelings of my other four children at the loss of their brother. Try as I might, I will never understand completely what they feel. The best I can do is to be understanding. 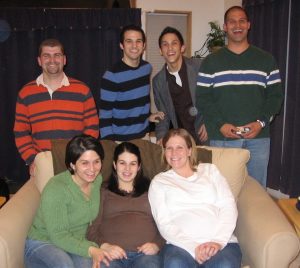 For such a great tragedy to befall them, I will say that they have set a marvelous example for others who are faced with similar heartache. Shortly after the funeral, they chose to keep their focus on celebrating the life of their brother. Patty and her siblings have done the same. To help cement it into their minds, they declared 01 October as their national siblings’ day!

Yes, I’m sure they experience tears at this time of year—after all, they are their father’s children! However, most of their focus will be on antics and events involving their brother, which will include a lot of laughter. I’m guessing, too, that there are a few bowls of Mike ‘n Ike’s, bags of Twizzler’s, and bottles of IBC root beer or Mountain Dew scattered around their homes.

Me? I had a small serving of mac ‘n cheese from Bob Evans for lunch today, but that doesn’t cut it for this occasion, so tomorrow I’ll head over to the Clarkston Union on Main Street and have a proper serving of Justin’s favorite mac ‘n cheese! As I do, the other patrons will have no clue what is behind either the laughter, the smiles, or the tears. If the owner of The Union—Kurt Catallo—is around, he’ll know, since he’s been such a blessing to our family. 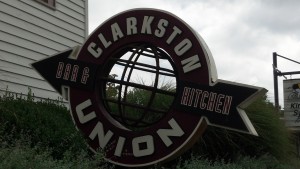 BTW, do you pray? If so, would you pray for our family. These two back-to-back days (Justin’s date of birth and date of death) are usually an emotional roller coaster for each of us, but when all is said and done, we are reminded that there’s a better day coming by and by, as the old song said.

In addition to saying a prayer for the Peterson and Goss families, perhaps it would be a great time to pray for your family as well. None of us knows what a day may bring, whether tragedy or triumph. Our hope is not in a tragedy-free life, which is an impossibility, but rather our hope is in a Heavenly Father who does all things well. 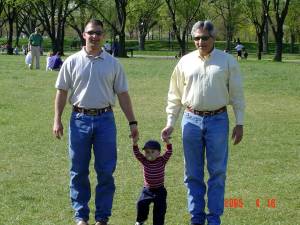