The news media overflows with yesterday’s “protests” by many NFL players, comments from team owners, and even NBA players picking up the offenses of others—a process apparently begun by Colin Kaepernick last season when he knelt during the national anthem. [He reminds me somewhat of me (a Baptist preacher) in a Catholic church—no real clue about when to stand, when to sit, when to kneel, or what to say!] 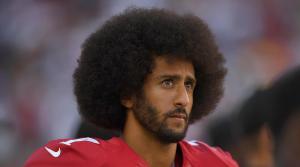 Given the current bruhaha amongst us, it seems to me that if anyone on the playing field of American life should understand what is happening, it should be professional athletes. Here’s why—(and I’ll limit my scope to the NFL)—the principles would apply across the boards.

Almost everyone understands there are two sides to every contest—offense and defense. If Mr. Kaepernick (and all the subsequent players who have joined his expressions of concern for a cause)— (I’ll expand this momentarily)—of all people, he should have expected to see pushback. No one should be surprised that whenever one side goes on the offensive, the defense responds, pushes back, and stops advancement.

However, if Kaepernick was the one man setting the example for the offense, then yesterday Mr. Alejandro Villanueva, a former Army Ranger, set a perfect example for the defense! While the Pittsburgh Steelers coach, Mr. Mike Tomlin, sought neutral political ground on which to stand, his decision shows a lack of understanding. 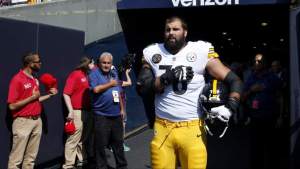 If Mr. Tomlin truly understands solidarity and team unity, then he should understand that solidarity and unity as a nation is more important than that of a team of grown men fighting over a piece of pigskin filled with air. However, what escapes an apparently growing number of sports figures, commentators, and everyday citizens, has escaped increasingly many political leaders in our nation’s capital as well—sacrificing our national health for some warped political prowess.

So, in my thinking, I see two examples before me, representing two sides: Colin Kaepernick and Alejandro Villanueva—the one side offensive, the other defensive. One demonstrates a lack of respect for my country (by disrespecting my flag), about as offensive as it gets, while the other exhibits respect and good character, even if it means standing alone.

However, when Mr. Villanueva walked to the head of the tunnel, stood at attention with his hand over his heart, I said to myself, “There’s a great representative of the defense.” It takes character—backbone—to put our highest premium on principles. Principles transcend pigmentation, and it’s high-time that Americans sorted these issues based on principles. While the NFL is filled with tremendous talent, without principles and good character, it becomes a disgrace and dangerous for the health of our nation.

BTW, do you pray? If so, wouldn’t today be a wonderful time to pray for the health of our country? Our national health has little to do with politics or pigmentation, but everything to do with principles—well established for us in the Word of God and in the Constitution of the United States. 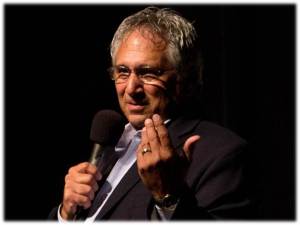 One response to “UNDERSTANDING”

This site uses Akismet to reduce spam. Learn how your comment data is processed.